Belgium became an independent country in 1830. The Monarchy was established in 1831. 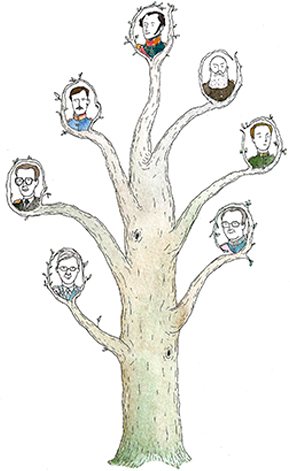 The first King of the Belgians, King Leopold I

Prince Leopold of Saxe-Coburg-Gotha was sworn in on the 21st of July 1831 and became the first King of the Belgians. Leopold I is the founding King of Belgium. He devoted his reign to making our country a strong and powerful State. Leopold I married Louise-Marie d'Orléans. It is thanks to this King that Belgium had the first railway line on the European continent, between Brussels and Mechelen, which first came into service in 1835. King Leopold I died on the 10th of December 1865, at the age of 75.

The second KIng of the Belgians was born in 1835 and succeeded his father at the age of 30, in 1865. He had four children (three girls and a boy, who unfortunately died at the age of 9) with his wife Marie-Henriette, Archduchess of Austria. He is sometimes called the King-Builder: for example, he built the Royal Greenhouses of Laeken, a huge tropical botanical garden in a “city of glass and steel". He also commissioned the Cinquantenaire in Brussels and Tervuren Park. King Leopold II was passionate about discoveries. He died in 1909.

He was born in 1875 and was the nephew of King Leopold II. He succeeded him in 1909. King Leopold II had indeed lost his only son, and at the time, the Princesses (his three daughters) could not reign. King Albert I was married to Elisabeth, Duchess of Bavaria (Germany).

King Albert I is known as the King Soldier. Indeed, during the First World War, from 1914, he took command of the army in the field. After the war, King Albert I ordered very important reforms (positive changes for the people) in Belgium: the introduction of universal suffrage (giving the voting right to all men, regardless of their wealth), the equality of the two national languages and the improvement of working conditions for all. On the 17th of February 1934, the King died tragically following a fatal fall from the rocks of Marche-les-Dames, while he was climbing.

Born in 1901, he was the son of Albert I. King Leopold II was his godfather. In 1926, Prince Leopold met Princess Astrid of Sweden. She became Queen of the Belgians when Leopold III became King in 1934, but unfortunately died in 1935 in a car accident in Switzerland.

During World War II, despite the fact that Belgium was neutral, Germany still invaded the country in 1940. In 1944, the King and his family were taken prisoner and sent to Germany and Austria. When he was released in 1945, a part of the population was against the return of King Leopold III to Belgium. It was called the Royal Question.

Born in 1903, the brother of King Leopold III was made Regent of the Kingdom between 1944 and 1950: he replaced the King. During this period, an important step was taken in Belgium: women were given the right to vote in 1948 and Social Security as we know it today, was created. Prince Charles died the same year as his brother in 1983.

King Baudouin was born in 1930. He was the eldest son of King Leopold III and Queen Astrid. On the 17th of July 1951, Prince Baudouin became the fifth King of the Belgians. He was only just 21 years old.

The first part of his long reign was marked by the entry of Belgium into the European Economic Community (the predecessor of the European Union) and the independence of the Congo in 1960.

In 1960, King Baudouin married Doña Fabiola de Mora y Aragón (Spain). Queen Fabiola, who was very involved in social issues and very active in the promotion of culture and the arts, died in 2014.

On the 31st of July 1993, after a 42-year reign, King Baudouin died of a heart attack while on holiday in the south of Spain.

King Baudouin and Queen Fabiola had no children. On the death of King Baudouin, his brother Prince Albert became King under the name of Albert II. Prince Albert was born in 1934. He married Donna Paola Ruffo di Calabria, an Italian Princess, in 1959. Prince Albert headed dozens of economic missions for Belgium over 31 years. He was also the President of the Belgian Red Cross from 1958 to 1993. Albert II remained King of the Belgians for 20 years before handing the crown to his son, King Philippe on the 21st of July 2013.