Skip to main content
Home / For Children / The King 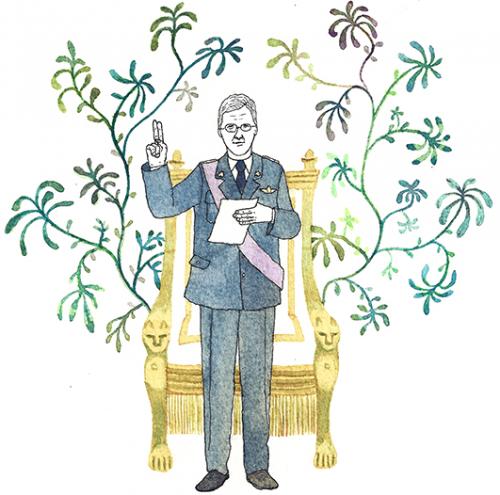 But what does this rather complicated expression actually mean?

Parliamentary: the King is the symbol of the country and its institutions. But it is the Belgian Parliament that passes laws. The government must implement these laws to ensure the welfare of the citizens. The King signs the laws but always needs the approval of a Minister. This is because we live in a democracy. The King is also the Commander in Chief of the Belgian army.

Constitutional: the role of the King is defined in the Constitution (the fundamental law of the Belgians). The Crown Prince officially becomes King by taking an oath, that is to say by making the following promise: "I swear to observe the Constitution and laws of the Belgian people, to maintain national independence and territorial integrity".

Monarchy: the Head of State (Belgium’s highest ranking figure, who represents the Belgians) is a King or a Queen (the wife of a reigning King is also called a Queen, but in this case she is not Head of State) . In some countries the Head of State is a President.

According to our Constitution, the King is "King of the Belgians" and not "of Belgium". The King is proud of his citizens and of his country. He encourages people who have accomplished great things in all areas: sports, science, arts, economics, etc. The King can award distinctions (medals) or titles of nobility. Belgium is one of the few countries where the King ennobles people. He chooses them with the help of experts (a consultative committee). The title of "Knight", "Baron", "Viscount" or "Count" does not give any new rights but are above all a special honour. The only two Belgian astronauts to have carried out missions in space, Dirk Frimout and Frank De Winne, have become Viscounts for example.