Skip to main content
Home / For Children / The King, the Queen and their Family

The King, the Queen and their Family 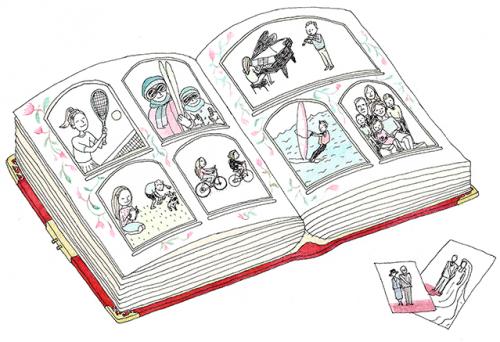 King Philippe was born on the 15th of April 1960. He is the eldest son of King Albert II and Queen Paola. As a child, he attended a French-language primary school in Brussels. He went to a Dutch-language secondary school in Loppem. As an adult, the King (who was still a Prince at the time) studied at the Royal Military Academy.

He was an officer of the army, para-commando and pilot of military aircraft and helicopters. As King, he is now General of the Belgian army (for air and ground forces). Prince Philippe studied politics at the Universities of Oxford (UK) and Stanford (US).

The King is also honorary president of the Prince Philippe Fund. The purpose of this organisation is to develop closer ties between the different language communities (Flemish, Francophone and German) of our country. For example: the Trèfle (Clover) project allows 5th or 6 th year primary pupils to spend a week in a school in a region where another language is spoken.

Prince Philippe succeeded his father King Albert on the 21st of July 2013. He then became His Majesty King Philippe of the Belgians.

Mathilde d’Udekem d’Acoz was born on the 20th of January 1973. She attended schools in Bastogne and Brussels. She studied speech therapy (all that is related to the pronunciation of words) and worked in this field before becoming a Princess. Queen Mathilde has also studied psychology. She is very interested in issues related to education and teaching, and is involved in many organizations.

When they got married, Prince Philippe and Princess Mathilde did not wish to receive gifts. They asked people who wanted to give them a gift to donate money to charities helping the most vulnerable. The Princess Mathilde Fund (now Queen Mathilde Fund) was thus created. This association comes to the assistance of people who are vulnerable, more fragile and, in particular, deprived children, who are less fortunate than others. 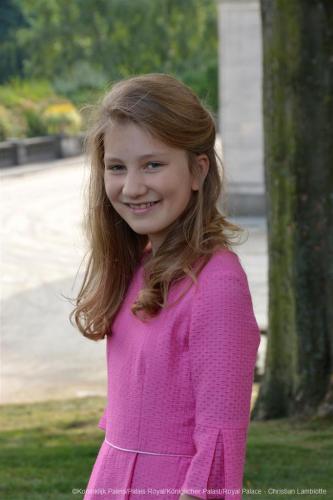 Princess Elisabeth, Duchess of Brabant, was born on the 25th of October 2001. The eldest daughter of the King and the Queen likes drawing and spends a lot of time reading. She plays the piano and takes dance lessons. Like her brothers and her sister, Elisabeth is sporty: tennis, swimming, skiing and sailing are her favourite sports.

The Princess attends a Flemish-language secondary school. Crown Princess Elisabeth is the heir to the throne: one day she will succeed her father and become Queen of the Belgians. Since the 21st of July 2013, she carries the title of Duchess of Brabant. She must already learn all about her future job and therefore participated in her first official ceremony on the 7th of September 2011. Princess Elisabeth inaugurated the new "Princess Elisabeth Hospital for Children" at Ghent University Hospital. On the 18th of October 2014, Princess Elisabeth gave her first speech, in Dutch, French and German, to commemorate the First World War. On the 6th of May 2015, the Princess baptised Pollux, the new patrol boat of the Belgian Navy.

In the past, only boys could become Kings. The Constitution was changed in 1991: Princesses can now also ascend the throne and become Queen. Princess Elisabeth, who is the eldest of four children of King Philippe, is therefore the heiress of the Belgian monarchy. When she succeeds her father King Philippe, Princess Elisabeth will be the first woman to become Head of State in Belgium. 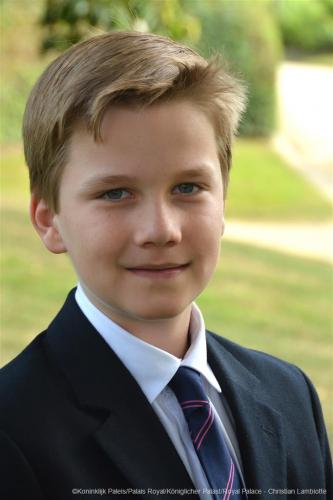 Prince Gabriel was born on the 20th of August 2003. Passionate about sport, he plays hockey in a club since he was six years old. His other activities include football, cycling, tennis, swimming, skiing and sailing. He also plays the piano. 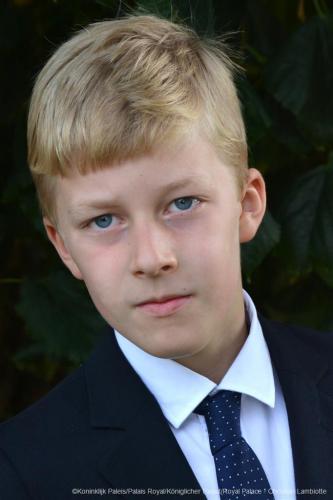 Prince Emmanuel, born on the 4th of October 2005, loves nature. The children also have a small dog. Emmanuel plays music, especially the flute. And he enjoys cycling, swimming and skiing. 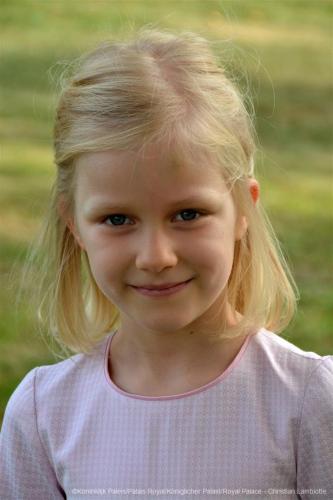 Princess Eléonore is the youngest, she was born on the 16th of April 2008. Very creative, she plays the violin and loves to draw. Eléonore participates in sports with her parents, her brothers and her sister: cycling, swimming and skiing.

They are the parents of King Philippe. Born in 1934, King Albert lost his mother, Queen Astrid, when he was only 1 year old. He also experienced the Second World War.

As was later the case with his son Philippe, King Albert has participated in hundreds of economic missions. In 1959, Prince Albert married an Italian Princess, Paola Ruffo di Calabria. They had 3 children: Philippe, Astrid and Laurent.

King Albert II became King at the age of 59 after the sudden death of his brother, King Baudouin, in 1993. King Albert II abdicated on the 21nd of July 2013: this means that he retired from office, and decided to hand over the role of King to his eldest son Philippe, even if he keeps the title King.

The King's sister was born on the 5th of June 1962. After attending primary and secondary school in Brussels, she studied art history at Leiden in the Netherlands. Princess Astrid is married to Prince Lorenz. They have five children. Now that Philippe is King, Princess Astrid represents our country on economic missions abroad.

Prince Laurent is the third child of King Albert II and Queen Paola. He was born in Brussels on the 19th of October 1963. He shows a great interest in nature and the animal world. He is President of the Prince Laurent Foundation for the welfare of domestic and wild animals. Prince Laurent is married to Princess Claire. They have three children.