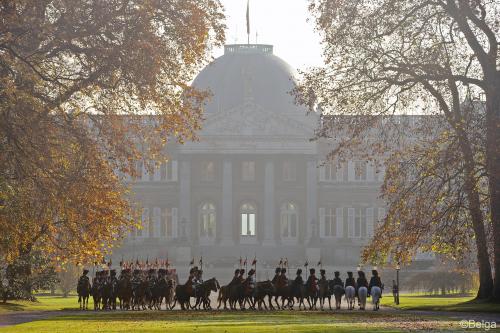 The Castle of Schonenberg in Laeken was built on the initiative of the Austrian Archdukes and Governors-General of the Netherlands, Maria-Christina of Austria and Albrecht of Saxony-Teschen. The plans designed by French architect Charles de Wailly were executed by architect-contractor Louis Montoyer between 1781 and 1785. The castle gardens were designed in accordance with the instructions of well-known English landscape designer Lancelot (Capability) Brown. 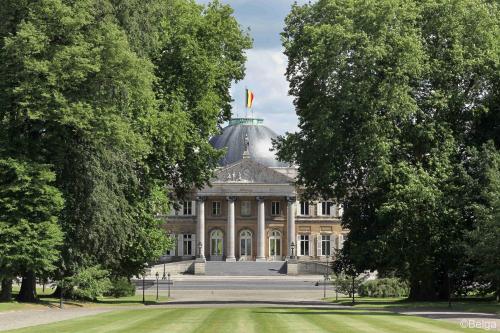 The Archdukes were forced to leave the castle following the French Revolution, when this region was annexed to France in 1794-1795. In the end, they sold the estate and the surrounding land was divided up. The castle was spared demolition in 1803, thanks to Napoleon Bonaparte who had it purchased by the "Département" of the Dijle to turn it into a residence. François-Joseph Henry, architect of the city of Brussels, was put in charge of the work that needed to be carried out. 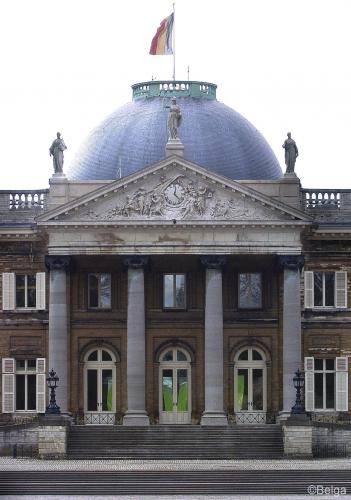 Following the collapse of the Empire, the residence was assigned to the new Kingdom of the Netherlands. A few valuable pieces of furniture and tapestries from France remained behind in Laeken. These tapestries - which were entirely restored by the Royal De Wit Workshop in Mechelen - still decorate the audience chambers on the ground floor. During the Dutch regime, Schonenberg was embellished and enlarged with a theatre and an orangery, designed by François-Joseph Henry. 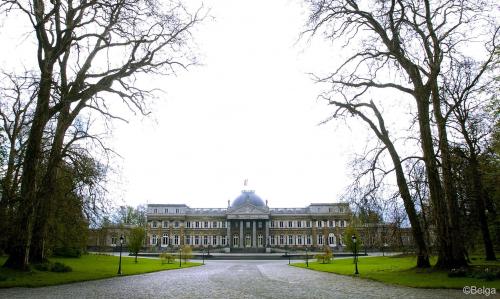 King Leopold I of the Belgians moved into the castle of Laeken in 1831. He extended the estate, but during his reign, no major changes were made to the castle itself. In contrast, King Leopold II was fascinated by architecture and urban planning. He had a magnificent complex of conservatories built in the garden of Laeken by the architects, Alphonse Balat, Henri Maquet, and Charles Girault. The castle itself was extended at the beginning of the 20th century with two side wings designed by Girault. Following the death of King Leopold II, the State continued to put the Castle of Laeken at the disposal of the King.