Each year, the Royal Greenhouses of Laeken open to the public for several weeks during springtime. The dates for the opening and ticketing in 2023 are yet to be confirmed at this stage.

During the 19th century, progress in construction techniques, especially the use of metal and glass as construction materials, made a new type of building possible: the greenhouse. 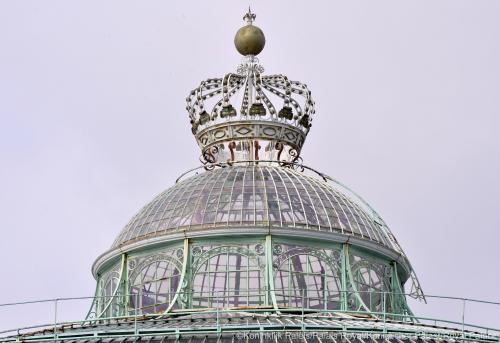 In 1873, architect Alphonse Balat designed for King Leopold II a complex of greenhouses which complement the castle of Laeken, built in the classical style. The complex has the appearance of a glass city set in an undulating landscape.

The monumental pavilions, glass cupolas, wide arcades that cross the site like covered streets, are much more than an anecdote on the architectural applications of iron and glass or on little greenhouses of exotic plants. What the Royal Greenhouses express concerns architecture and, specifically, a major construction programme: the "Ideal Glass Palace".

They are the culmination of various meetings, letters, sketches and plans exchanged between architect Alphonse Balat and King Leopold II. But above all, they inspired the new Belgian architecture of the day, and their influence spread, with Art Nouveau, throughout the world. 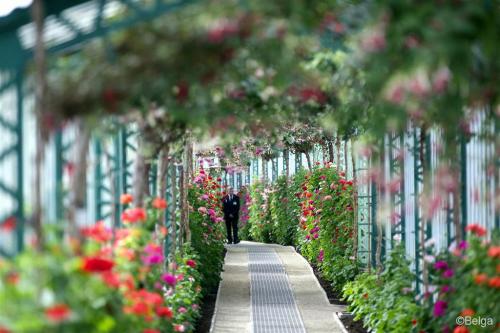 The present-day plant collection at the Greenhouses in Laeken is valuable from three viewpoints : 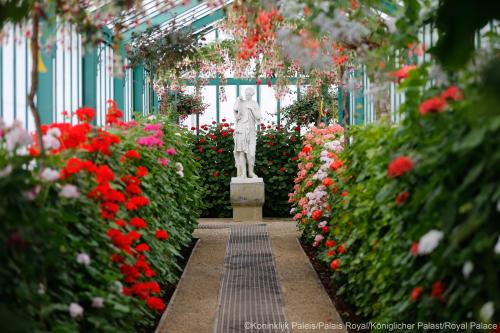 Each year, in the spring, the Greenhouses of Laeken are opened to the public, during almost three weeks. This tradition has been carried on for a century. 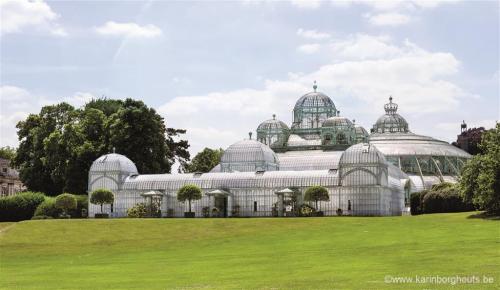 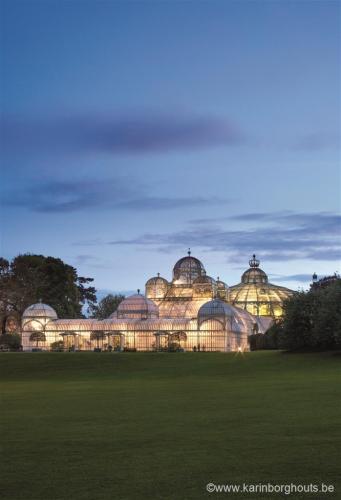 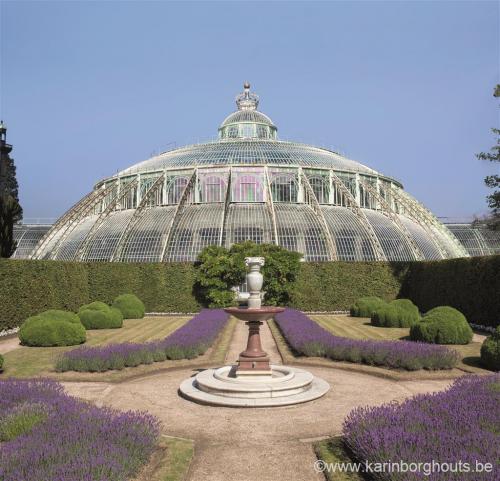 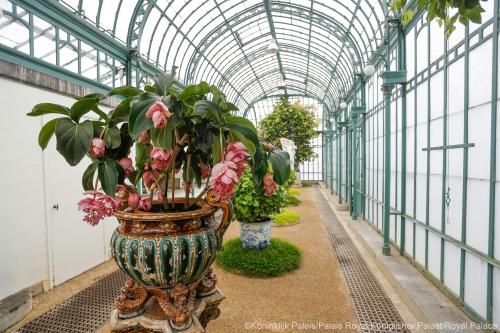 Built in 1886-1887, the Pier Greenhouse was intended to receive guests when the King was holding court in the Winter Garden or the Dining Room Greenhouse.

The staircase leads to the Winter Garden. At the ends of the Pier are two statues by Charles Van der Stappen, Dawn and Evening. Medinillas (a tropical plant from the Philippines) are laid out in Chinese vases brought back by King Leopold II from a trip to the Far East while he was still Duke of Brabant. 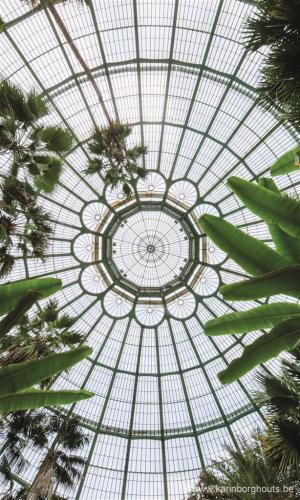 Designed by architect Alphonse Balat and built between 1874 and 1876, the Winter Garden was the first greenhouse in the imposing city of glass which would be built over thirty years on the Laeken estate. The dimensions of this greenhouse allowed tall palm trees, the majority of which date from the time of Leopold II. As soon as it was completed, this greenhouse was used for royal receptions. 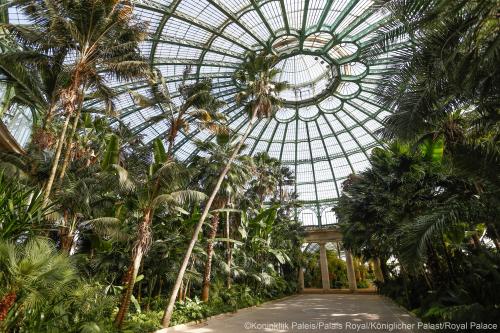 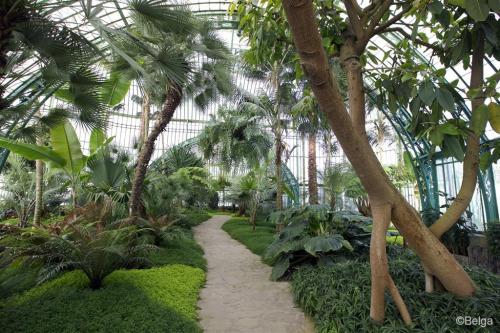 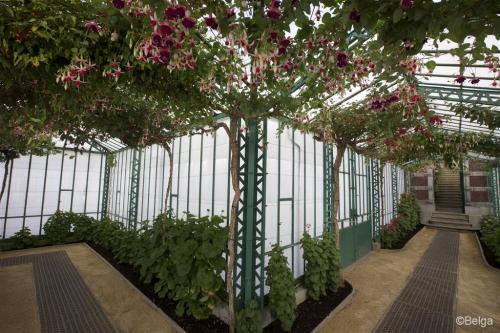 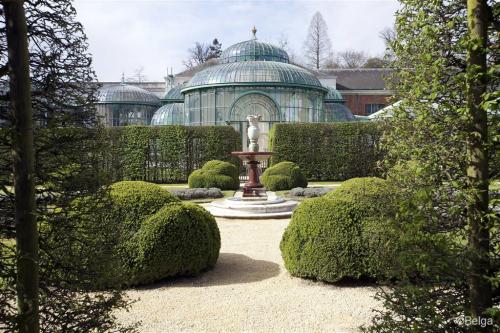