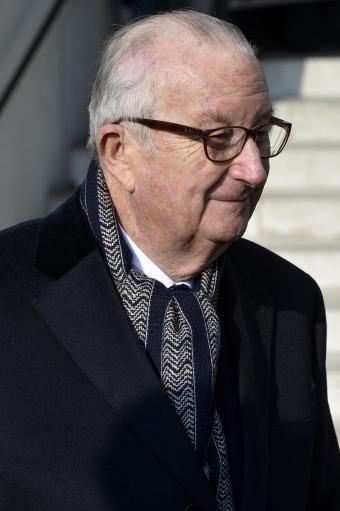 His Majesty King Albert II was born in Brussels, at Stuyvenberg Castle, on 6 June 1934.

Albert, who was given the title 'Prince of Liège' at birth, is the son of King Leopold III and of Queen Astrid, born Princess of Sweden. He is the grandson of King Albert I and Queen Elisabeth.

On 29 August 1935, the Prince of Liège lost his mother, Queen Astrid, who died in a car accident at Küssnacht, Switzerland.

On 10 May 1940, when Belgium was being invaded, Prince Albert, his elder sister Princess Josephine-Charlotte and his elder brother Prince Baudouin left the country for France and later Spain. The Princes and Princess returned to Belgium on 2 August 1940. In June 1944, at the time of the Allied landings, Leopold III, Princess Lilian - whom he married in 1941 - and the royal children were deported by the Germans to Hirschstein in Germany, and later to Strobl in Austria, where they were liberated by the American Army on 7 May 1945. In 1945, the Royal Family moved to Pregny in Switzerland, where they remained until July 1950. During this period, Prince Albert continued his education at a school in Geneva.

In 1962, Prince Albert was made Honorary President of the Board of Directors of the Belgian Foreign Trade Office, a position he held for 31 years. In this capacity, he led over a hundred economic missions throughout the world and made many visits to Belgian companies operating in the export field. In tribute to the Prince, who made such an active contribution to boosting foreign trade over all those years, a Prince Albert Fund for training foreign trade specialists was set up in 1984.

Prince Albert also served as Chairman of the Board of Caisse Générale d'Epargne et de Retraite from 1954 to 1992 and as President of the Belgian Red Cross from 1958 to 1993.

In addition to these various roles, Prince Albert was also active in the fields of town planning, housing, nature conservation, listed monuments and sites, and environmental management generally. In this context, he chaired or attended many international conferences. In 1969, he was invited by the Council of Europe to chair the European Ministerial Conference on the protection of cultural and architectural heritage.

After the death of his brother, King Baudouin, Prince Albert was sworn in before the combined chambers of parliament on 9 August 1993 as the sixth King of the Belgians.