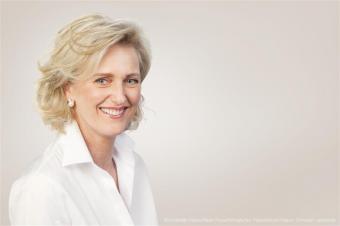 Her Royal Highness Princess Astrid, Princess of Belgium, was born in Brussels on 5 June 1962. She is the second child of King Albert II and Queen Paola.

After her secondary education in Brussels, Princess Astrid studied art history for a year at Leiden in the Netherlands. She completed her education in Geneva, at the Institute of European Studies and in Michigan in the United States.

In Brussels on 22 September 1984, Princess Astrid married Lorenz, Archduke of Austria-Este, who became Prince of Belgium in 1995.

Princess Astrid has always shown particular concern for those in society who risk falling through the net. She supports initiatives that assist the disadvantaged, in particular single mothers and people lacking in education and skills.

In late June 2009, the International Paralympic Committee (IPC) Governing Board ratified the appointment of Princess Astrid as a member of the IPC Honorary Board.

In January 2010, the charity Action Damien/Damiaanactie announced that Princess Astrid had agreed to take over from HM Queen Fabiola as Honorary President of the organisation.

As Honorary President of the Queen Elisabeth Medical Foundation (QEMF) and the King Baudouin Foundation's Scientific and Medical Funds, Princess Astrid lends her support to fundamental medical research. She is involved in the fight against epidemics and pandemics, including from 2007 until 2015 as Special Representative of the Roll Back Malaria (RBM) Partnership. The Princess is also committed to championing the victims of violence, most notably in efforts to combat antipersonnel mines.

On 20 June 2013, the Secretariat of the Ottawa Anti-Personnel Mine Ban Convention announced that Princess Astrid - as Special Envoy of the Convention - would be part of a working group tasked with promoting the treaty at a diplomatic level in states that had not yet joined.

Princess Astrid joined the Belgian Armed Forces on 22 May 1997. She is a colonel in the Medical Unit.

The Princess is involved in the public activities of the Royal Family.

Princess Astrid represented the King at his request during the trade missions to Angola & South Africa and to India in 2013, to Colombia & Peru and Malaysia & Singapore in 2014 and to Canada, Qatar and the United Arab Emirates in 2015.