Skip to main content
Home / The Royal Family / The Queen 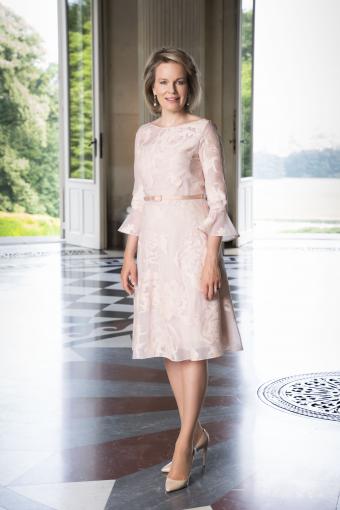 Her Majesty the Queen was born in Uccle on 20 January 1973. She is the daughter of Count and Countess Patrick d'Udekem d'Acoz.

The Queen went to primary school in Bastogne and completed her secondary education in Brussels. She studied speech therapy at the Haute École Léonard de Vinci, earned a Master's in Psychology at the Université Catholique de Louvain in 2002, and worked as a speech therapist from 1995 to 1999.

The Queen assists His Majesty the King in his duties as Head of State, making frequent visits to institutions and organisations, meeting regularly with members of the public, and attending ceremonies at home and abroad. She takes part in state visits,  receives representatives of various civil society groups, and makes numerous field visits.

In addition to the activities She engages in alongside His Majesty, the Queen is active in issues close to her heart, such as parenting and education, child poverty, intergenerational poverty, the position of women in our society, financial literacy, and mental health.

She regularly visits social organisations and healthcare institutions. Through these contacts, Her Majesty stays informed of the needs and requirements of the population, as well as the many initiatives that are taken in Belgium to help others. This direct contact with the people is of the utmost importance to the Queen.

Through the Queen's Assistance Fund], Her Majesty offers help to citizens who are unable to meet their daily needs because of financial problems. For many of them, it is a last resort. The Fund also supports vulnerable young people between the ages of 18 and 25 who have spent their youth in institutions or with foster families, helping them find their way to independence.

The Queen is Honorary Chair of Child Focus, too, a foundation that works to prevent the disappearance and sexual exploitation of children. She attaches fundamental importance to children’s welfare and is committed to combatting all forms of violence against them.

In addition, Her Majesty is Honorary Chair of UNICEF Belgium, and has granted her Royal Patronage to Breast International Group, which supports research on breast cancer.

In the same context, Her Majesty the Queen agreed in 2018 to act as Honorary Chair of the Belgian Federal Council for Sustainable Development. In 2017, She received the Honorary National German Sustainability Award for her longstanding commitment and personal contribution to the debate on sustainable development and her commitment to social and humanitarian projects. 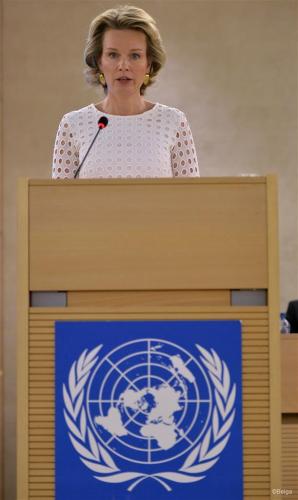 Cooperation on development is an important theme for the Queen. She has participated in several humanitarian missions (especially in Africa), with an  emphasis on issues such as children's rights, health, poverty alleviation, quality education, good governance, women's economic empowerment, and non-communicable diseases.

The Queen was also Special Envoy of the World Health Organization/Europe for the promotion of vaccinations. In 2019, in keeping with royal tradition, She became a Patron/Honorary Member of the Royal Academies of Medicine of Belgium.

The Queen is an Honorary Board Member of the Schwab Foundation for Social Entrepreneurship. She also participates in the annual World Economic Forum in Davos.

As a firm believer in lifelong learning and a Young Global Leader of the World Economic Forum, She has taken courses in leadership at Harvard Kennedy School and Yale University.

Besides Dutch and French, the Queen speaks English and Italian, and has a good basic knowledge of Spanish.

Her Majesty the Queen has a broad interest in culture, art, and dance. She loves modern and classical music, plays the piano, and is a keen reader. In her free time She enjoys hiking, biking, playing tennis, swimming, nature and the outdoors.