A day in the life of The King

Being the King of the Belgians is a real job! King Philippe has very busy days...

Early in the morning, King Philippe eats his breakfast at home with the Queen and his two youngest children, Prince Emmanuel and Princess Eléonore, and reads the newspapers. Princess Elisabeth and Prince Gabriel are studying abroad and therefore only come home during the holidays. Afterwards, the King goes to his office, which is in the Royal Palace of Brussels, a symbol of the royal function. 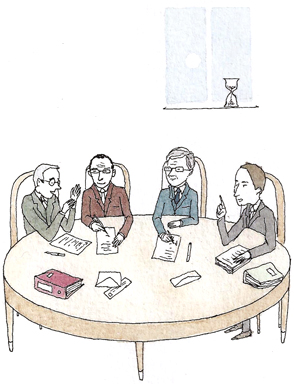 In the morning, King Philippe and his team participate in many meetings: they discuss what is happening in Belgium and in the world (news update). Together, they prepare the King's workday.

The Royal Palace, in the centre of Brussels, is the workplace of the King and Queen and their advisers. This is also the place where the King receives his guests: other Kings and Queens, Presidents, Ministers, artists, businessmen, sportsmen, etc. These are known as "audiences".

During the summer, the Royal Palace is open to visitors and the beautiful rooms, illuminated by 6987 light bulbs can be admired.

At around 10 a.m., it is time for the audiences: these are talks between the King and a person on a subject that is important for the country’s people. Every Monday morning, the King receives the Prime Minister.

King Philippe is the Head of State: he represents Belgium. He must also sign several hundreds of laws and royal decrees (the texts that define the rules that apply to all Belgians).

At around 1 p.m. King Philippe has his lunch at the Royal Palace. Sometimes he lunches with Belgian or foreign guests at his office or at home in the Castle of Laeken.

In the afternoon, the King reads his files (the notes prepared by his assistants), answers the many letters he receives or goes on official visits (to a factory, hospital or school, for example).

King Philippe and Queen Mathilde like to meet people all over Belgium. Often children give them drawings. They also receive many flowers.

Unfortunately, Belgium is sometimes affected by a disaster: a flood, explosion or serious accident, for example. King Philippe goes to the scene of the incident. He supports victims and encourages the emergency services. He expresses this solidarity on his own behalf but also on behalf of the whole country.

When they have no official engagement in the evening, King Philippe and Queen Mathilde and their children read, watch TV or go to see friends. Or sometimes go to the cinema, to a concert or to the theatre...

The Castle of Laeken, close to the Atomium in Brussels, is the home of King Philippe, Queen Mathilde and their four children. 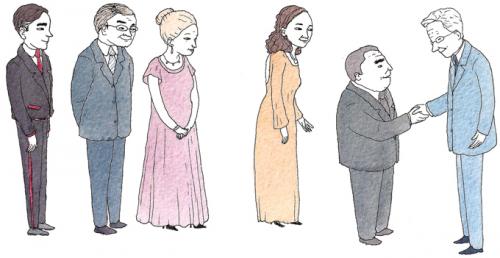 Some of the King’s days are different to his "typical day": he sometimes travels for one or several days on official visits abroad. In June 2015, the King and Queen paid a week-long State visit to China. A State visit is when a Head of State visits another country and is received at the highest level, by the Head of State of that country. The goal: to meet with foreign leaders, present Belgium and strengthen cultural, scientific and academic contacts between Belgian companies and local businesses. The King sometimes participates in ceremonies, such as commemorations of victims of war.

King Philippe addresses the entire population of the country in a television and radio speech on the day of the National Holiday, the 21st of July, and at Christmas. These speeches are followed with a lot of interest. This is an opportunity for the King to encourage the citizens to reflect on the problems of our society, to suggest better ways of living together and respecting one another.