Skip to main content
Home / The Royal Family / The King 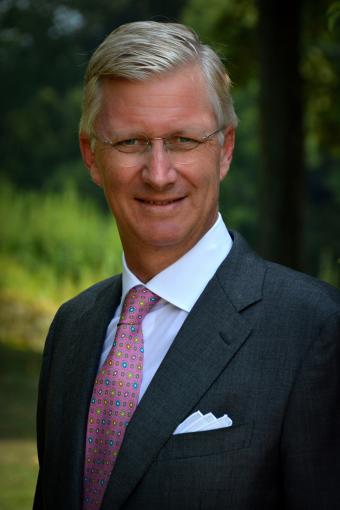 His Majesty the King was born in Brussels on 15 April 1960. He is the eldest son of King Albert II and Queen Paola and the grandson of King Leopold III and Queen Astrid.

Following the abdication of his father, King Albert, Prince Philippe was sworn in before the combined chambers of parliament on 21 July 2013 as the seventh King of the Belgians.

The King was educated bilingually (in Dutch and French) at Belgian state primary and secondary schools, and then at the Belgian Royal Military Academy, a bilingual higher education establishment. Inspired by a passion for flying and space adventure since childhood, he chose to join the Air Force, where he qualified as a fighter pilot. He completed his military training with the para-commando course.

He then left Belgium to continue his academic studies abroad. After one term at Trinity College, Oxford (United Kingdom), he spent two years at Stanford University in the USA, where he graduated with an MA in Political Science.

Returning to Belgium in 1985, he began to learn about his country's political, social and economic realities. Over the next eight years he got to know Belgium and its people through numerous visits, meetings, conferences and missions. This gave him a thorough understanding of the country and its workings. 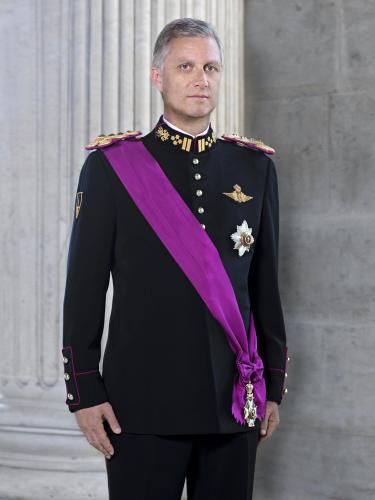 Also during this time, the young Prince Philippe acquired an in-depth knowledge of areas of particular personal interest, such as history, literature and philosophy. His study tours enabled him to meet all kinds of committed people, both leaders and ordinary citizens. He also closely followed the European integration process. In addition, he gained various experiences in the humanitarian field.

The death of King Baudouin in 1993 marked a turning point in the Prince's life. Following the accession of his father King Albert II, Philippe became heir apparent to the throne at the age of 33.

From this time on, his public role became established. In line with the major issues of the time, his main areas of involvement were international missions to promote the Belgian economy and Belgium's image abroad, sustainable development, dialogue between Belgium's various communities, support for vulnerable people and the nurturing of talent. Prince Philippe engaged in close dialogue with politicians, granting them audiences and working alongside them on missions and other activities.

Prince Philippe took over the Honorary Presidency of the Belgian Foreign Trade Agency (BFTA) in 1993. In this capacity, he led 85 economic missions abroad over the next 20 years. He built bridges between Belgian and foreign companies as well as between Belgian companies. Following his accession to the throne in 2013, he has remained Honorary Chairman of the BFTA but has asked his sister Princess Astrid to represent him on economic missions.

Another of King Philippe's primary concerns is sustainable development. From 1993 to 2013, he was Honorary Chairman of the Federal Council for Sustainable Development, which brings together economic, social, environmental and scientific bodies from around the country to formulate recommendations to the federal government. In the same vein, he also agreed to become Honorary Chairman of the International Polar Foundation.

He has been active in supporting dialogue between Belgium's three language communities of French-, Dutch- and German-speakers. The Prince Philippe Fund was set up in 1998 to promote dialogue between citizens from the different communities, in order to foster greater mutual recognition and respect for their individual identities and cultures.

Aware of the many possible forms of marginalisation, the King takes every opportunity to meet with its victims. Here too, he experiences human frailty at first hand, whether it is caused by illness, social exclusion, accidents or natural disasters.

The King supports Belgian talent in all its manifestations, including sportsmen and women, artists, scientists, explorers and gifted young people, and follows them all with great interest.

King Philippe and Queen Mathilde combine their family life with ceremonial and official duties. They personally supervise the education of their four children, Elisabeth, Gabriel, Emmanuel and Eléonore. The children enjoy a multilingual upbringing and attend school in Dutch.

Holidays are spent with family and friends. In their free time, the King and Queen enjoy reading and playing sport. The King goes running regularly and took part in the Brussels 20km race in May 2013 and 2014.